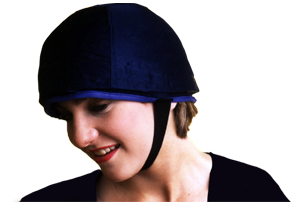 A BRIEF SELECTION OF THE MANY TESTIMONIALS WE HAVE RECEIVED

I was first diagnosed with lung cancer in October of 2003. I was considered one of the “Lucky ones” at the time because the diagnosis was early and surgery was the only treatment indicated. Keeping my fingers crossed with every subsequent test and scan; I was almost 3 years clean until my CAT Scan in April of 2006 showed an enlarged lymph node in my chest. A second diagnosis with one of the toughest cancers to cure usually means you have a fight on your hands for life, time and general well being.

It was made clear from the beginning that this time in addition to surgery, there would be treatment combining a simultaneous regiment of radiation and chemotherapy. I was also assured that the combined chemo drugs of Carbo Platin and Taxel would absolutely cause complete hair loss at between the 2nd and 3rd treatment. I planned ahead and purchased several wigs. Being a person that leaves no stone unturned, I did an internet search for “restricting hair loss due to chemotherapy” and I got introduced to the website for “CHEMOCAPS.”

There is absolutely no contest between saving your hair or your life, but with all the fear, trauma, unknowns and pain in dealing with cancer, it’s nothing short of a bonus if you get to keep your physical being intact. It wasn’t vanity, but being able to keep your hair was just something else that the ugliness of cancer couldn’t take away or control. Bottom line, what you need to know is that I ordered and used the chemocaps through 6 weeks of intensive chemo and radiation and stuck to the easy to follow instructions. The end result also much to the surprise of my oncologist and nurses is that my hair is still with me. I must add that I had the permission of my oncologist to try this method and, a positive attitude. I thank the people at Chemocap for being there to answer questions and providing hope in at least one area in the ugly neighborhood called cancer.

I was diagnosed with Hodgkins Lymphoma, I was told that the chemotherapy agents would most certainly lead to complet

hair loss. In anticipation of this, I invested in a wig. It was not long afterward that I learned about the chemocaps. Most people around me hadn’t ever heard of this technology. The individuals in the Cancer Care Center were similarly unaware of any product that could successfully prevent hair loss. Feeling like I had nothing to lose, I embraced the concept and used the caps throughout my 8 treatments. Each treatment lasted about four hours and I did require ibuprofen to treat the headaches that arose as a result of the cold. Overall, though, it was quite tolerable. To my surprise and extreme elation, I did not have any use for my wig whatsoever. My hair thinned slightly in some places, but this was unnoticeable to the people around me. Keeping my hair meant just one less thing to worry about during such a trying time.

I would certainly recommend this product for anyone who has a ‘green light’ from their physician. Maybe its vain, but its nice to feel good about your appearance when you feel so lousy. I would like to stress that it is important to check with your oncologist first, because the caps should not be used during treatment for certain kinds of cancers.